What is an IGR (Insect Growth Regulator)?

An IGR is a chemical that inhibits the life cycle of an insect. OK what does that mean, some IGR’s stop insects from molting their skin, while others can cause eggs to be sterile and some can stop the formation of chitin which aids in the construction of the exoskeleton. We often add an IGR into a product designed to kill that insect but for some reason that insect maybe because of the sheer numbers evades our kill. This IGR then acts upon those survivors by interfering with molting, reproduction and/or the break down of their skeleton.

An example of this would be a heavy infestation of German Roaches, our goal is to kill them all but sheer numbers dictate that this probably won’t happen. So if we kill 97-98% the IGR is there to help wrap up the remaining numbers. Many of these IGR’s are labeled as “Reduced Risk” meaning that they target the offending bug while not affecting other good bugs. You can actually use an IGR by itself and not use any pesticide, the kill might take longer but use are reducing the pesticide within that structure (IPM).

There are a few IGR’s that target specific pests, I’m going to mention a few because of their ability to work really well (my opinion). There are some new ones that work well and are constantly being tested for new pests. 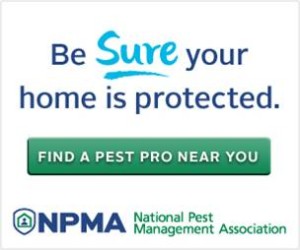