Desert Shrew – this little guy eats invertebrates such as worms, spiders and insects, but it also eats lizards, birds and small mammals such as mice. They hunt at night, restricting themselves to areas with thick brush to avoid owls and other predators. They rest in the burrow of another animal during daylight hours. In the hottest part of the day (Arizona 120), the shrews enter a torpor – an inactive state similar to hibernation and so would I. They prowl and search for their prey at night, so it often falls victim to nocturnal hunters such as owls and snakes. 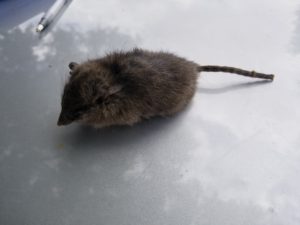