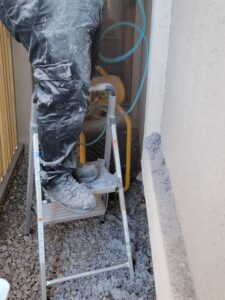 Dryer vent lint causes up to 15,000 house fires each year, not as much as termites at 5 billion but it all adds up in damage. I know its one more thing to think about when you own a home. I would wager that since you have lived in your home – it has never been done. In the extreme heat of Arizona it really gets hot and that lint is a common place. 34% of home fires are a result of not cleaning the dryer vent, causing 51 deaths, 380 injuries and 236 million in property loss. The question to ask is how well the dryer is working, how long does it take to dry clothes? The picture above had over 4 lbs of lint throughout the tubing, and much like your arteries there were blockages.