All posts in “allergens”

What I really like about these encasements is that they save your mattresses from the usual things:

I wouldn’t buy a mattress without purchasing an encasement.

Comments Off on I wouldn’t buy a mattress without purchasing an encasement.

CleanRest® bed bug covers protect you and your family from harmful allergens, micro-toxins, dust mites and bed bugs and their fecal matter that build up over time in any mattress, box spring, and pillow. CleanRest® is the world’s most trusted and technically advanced sleep bedding protection product line, featuring patented MicronOne® fabric technology. Each CleanRest® product line comes with different attributes, features and benefits at different price points to suit your needs and budget. Its the brand I recommend and use on my beds. Mattresses aren’t cheap so protect your investment, call or visit ProBest Pest Management 480-831-9328 or 623-414-0176 to order yours today.

Why are mattress encasements so important?

Comments Off on Why are mattress encasements so important?

There is an old saying and I’m not sure of the truth, but here it is ” A mattress doubles its weight due to dust mites and their debris in 10 years“. Now with that said, I do believe that a mattress not sealed accumulates debris like sweat, urine spills from babies or pets, shed skin and dust mites. Now doesn’t it just make  sense to cover the mattress.

So lets say you purchase the mattress for $800 and within the first 3 months that stuff above happens and you know it will. If you had an encasement that was able to eliminate all microscopic toxins, allergens, dust mites, bed bugs and was breathable, lockable and waterproof wouldn’t you want it for your comfort?

Stop by or call us to get yours today.

Every bug guy or gal should own one of these microscopes from http://www.zarbeco.com  it is capable of 40x to 140x the size of the target. This is a picture taken with the microscope attached to my computer.

This little bug was on a building that I treated last week in Chandler, Arizona and based on what I know it looks like that Stink Bug that has been causing lots of problems in the Northeast and beyond. This bug is an invasive pest, that is becoming wide-spread in the U.S. and is of concern to farmers. It feeds on a large number of high-value crops and ornamental plants in its immature and adult life stages. The species is native to Asia and was introduced into the United States in the mid-1990s, possibly stowing away in a shipping container.

As of early February 2011, the Brown Marmorated Stink Bug had been identified in 36 states and the District of Columbia. It is increasingly becoming a serious pest in fruit and vegetable crops. One area of concern to is that they will try to get into homes creating quite a nuisance especially when the weather turns cool each fall, adult Brown Marmorated Stink Bugs look for wintering sites and can be found on the outsides of buildings or inside near doors, windowsills, and other entry points. They can also be found in leaf litter and vegetation outdoors. In areas where they have become established, they can enter structures by the hundreds. They can congregate almost anywhere, including bookcases; under beds and sofas; in cracks under or behind baseboards, window and door trim; and in attics. These pests will not cause structural damage or reproduce in homes. These bugs don’t bite people or pets. Although they are not known to transmit disease or cause physical harm, some people may be sensitive to pest allergens.

Who takes the heat on pesticides?

Comments Off on Who takes the heat on pesticides?

Who takes the heat on pesticides?

It’s difficult for me to side any other way than to say Pesticides are good! Many will disagree but the fact is that pesticides have saved countless lives throughout history. I was reminded of this through my distributor “Univar Environmental Services” in a story they posted in their monthly newsletter.

It all adds up to Univar supplying both the products and services to help you improve your customers’ environments.

What’s sleeping in your bed?

Comments Off on What’s sleeping in your bed?

What’s sleeping in your bed?

The more I watch TV the more it scares me, I hate those commercials that say “How old is your bed, if your bed is over 8 years it has 10 pounds of stuff in it”, just what I don’t want to hear. It’s bad enough thinking about dust mites or worse yet Bed Bugs but you spend a great deal of time in that bed.

When the Great Bed Bug scare came I decided we needed to invest in some mattress and box spring en-casements and let me tell you I can now sleep without the thought of those critters jumping around more than counting sheep. There are a few side benefits about these en-casements, here they are:

So think about an en-casement as a way to protect and maybe extend the life of that mattress and box spring.

Comments Off on German cockroaches can cause serious sanitation issues & asthma. 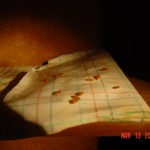 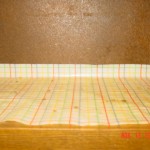 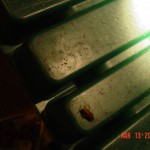 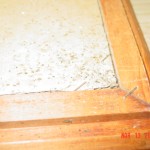 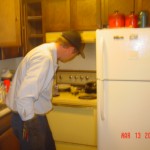 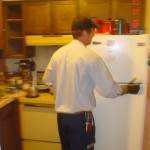 German roaches can sneak into your home by way of boxes, bags or even used clothes or furniture. The picture below which by the way looks like an American Cockroach also can spread germs and bacteria. This picture just grosses me out every time I see it. Here is a story recently published on chocolate – Bugging out chocolate allergy linked to roaches.

You probably don’t even think about your carpet and how dirty it gets from normal daily usage? So where does all that dirt come from?

No home is immaculate, dust and dirt are everywhere. So we recommend cleaning your carpets (based upon usage) at least once a year. ProBest Pest Management purchased a Carpet Cleaning van to use with our Bed Bug service. Call us today to schedule that carpet cleaning – green products available!