All posts in “attic”

How do those scorpions get into your home?

Comments Off on How do those scorpions get into your home?

One of my favorite calls relates to how scorpions get into bathrooms or showers. People tell me they come up drains and that is incorrect. Arizona Bark Scorpions enter your home by crawling up stucco and gaining access into your attic. They then crawl around and under the insulation and finally they come to a recess light or something that was cut through the ceiling drywall. See all those cracks and if your home isn’t sealed well enough they will fall right into your house. Sometimes there are lights or fans right above the bath or shower and they just fall in. So here is my advice, pull down the plate that covers these holes and caulk the hole. This should be done on the top floor ceiling or if you live in a single story house the ceiling. On our website is a list of things we attempt to seal when we perform a Home-Sealing.

The tips for keeping the bugs out, what are they?

Comments Off on The tips for keeping the bugs out, what are they?

To a Pest Management Professional the slogan – Integrated Pest Management is really important. Why, you ask? Because it is at the heart of what we do, everyday! I don’t think that many of us that really want to harm nature and there is a fine line to doing that and protecting us from the bugs that could kill us.

At its core is this principle – “Integrated Pest Management is a process involving common sense and sound solutions for treating and controlling pests. These solutions incorporate three basic steps: 1) inspection, 2) identification and 3) treatment. Treatment options vary from sealing cracks and removing food and water sources to pesticide treatments when necessary.”

But you and I both know that it isn’t always easy controlling certain pests like cockroaches in apartments, so its take everyone’s cooperation and help to solve the dilemna. The same goes for scorpions, home-sealing is just one step to controling these beasts.

So heer are a few tips to help you in your mission to keep your home or business bug free.

What is wildlife control?

Comments Off on What is wildlife control?

Most of us enjoy the occasional wildlife that we encounter but without some form or measure of keeping them at bay, we might have a bad encounter. You see the shows on TV where someone decides to take a picture of some creature and the creature feels threatened and attacks. It is never by the way that lone little bird, it is the Grizzly Bear that people want the picture of. Bears can run fast so unless you have a friend with you, that bear will catch your but and eat you. That therein lies the problem – they are animals and wild creatures.

I had a friend whose family raised a raccoon and this raccoon was still wild and got into trouble frequently. I’m reminded of this as we encounter wildlife in our day to day work. It is impossible to know for sure but these animals don’t know the difference between your home and a tree. It also becomes a problem when we feed them, then they become accustomed to handouts. One of my favorite little spots to visit is Monetzuma’s Castle and they used to have squirrels until one day when a squirrel bit the hand that was feeding it.The squirrel just sees the food and if isn’t given the food in a manner that it is used to it lashes out and bites.

This also applies to letting a wild animal live in your home or shed, birds and other wildlife carry parasites and once the animal is gone where are the bugs going to go? Wild animals also carry fleas and ticks and the same applies, they will seek out a new food source and that could be you. So don’t allow animals to live in your attic, if you hear something it is time to investigate.

Comments Off on Pigeon Poo & You!

Pigeon Poo and You!

I think its time to find a new parking spot. Bird poo can cause disease and can also ruin car paint and other structures. The other issue I have is tracking this stuff into the home and if you have children – do you really want them playing on the carpet.

Histoplasmosis is a fungal infection. It occurs throughout the world. In the United States, it is most common in the southeastern, mid-Atlantic, and central states.

Histoplasma fungus grows as a mold in the soil. You may get sick when you breathe in spores produced by the fungus. Soil that contains bird or bat droppings may have larger amounts of this fungus. The threat is greatest after an old building is torn down or in caves.

Having a weakened immune system increases your risk for getting or reactivating this disease. Very young or very old people, or those with AIDS, cancer, or an organ transplant have more severe symptoms.

People with chronic lung disease (such as emphysema and bronchiectasis) are at higher risk of a more severe infection.

Here is a publication on the cleanup procedure and please wear a mask and wear gloves.

How do the bugs or rodents get into your home?

Comments Off on How do the bugs or rodents get into your home?

Can you guess how many ways the bugs or rodents can get into your home?

Lets see how many ways we can come up with:

Picture from this site http://www.ci.berkeley.ca.us

Can you think of any more, make comments below and thanks….

What’s in your attic?

Comments Off on What’s in your attic?

What’s in your attic?

Have you ever been in your attic or crawlspace? I’ll bet like most you probably haven’t and I don’t recommend doing it from April to September here in Arizona. The temperatures could be in the high 150’s and you wouldn’t want to pass out up there and die from heat exhaustion. But anyway back to the real story: it is important from time to time to at least walk around your home and look up to the roof-line to make sure you don’t have openings in the soffett which would allow animals or birds to enter. The same can be said of insects like honeybees, which can also cause extreme conditions after they are eliminated. A quick glance will let you know what critters might be in the attic, rodent feces and rub marks could certainly be an indication of present problems and warrants a further look. Remember that secondary pests might become a nuisance after you solve the main problem of the original pest ie: bird mites, ticks or fleas – bat bugs etc. So if you can prevent the initial encounter – you may prevent the entire mess. 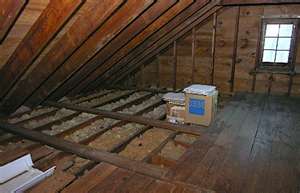 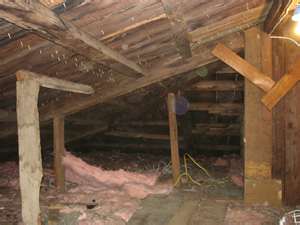 Comments Off on Clutter and the bugs…

Sanitation is the key to any commercial restaurant and should be the guiding light to any homeowner. With the spread of bed Bugs nothing has the potential to cause extreme infestations like clutter. The problem is where to begin the treatment and to be successful you must get to all the spots. I don’t care if it’s heat or steam treatment if you can’t get to where the bug is living there is virtually no chance of winning the war against these little biters. This problem extends to cockroaches and rodents as well, clutter is the enemy whether in or around your home.

CLUTTER IS THE ENEMY! SANITATION IS YOUR FRIEND!

Don’t lower the value of your home with shoddy work!

Don’t lower the value of your home with shoddy work! 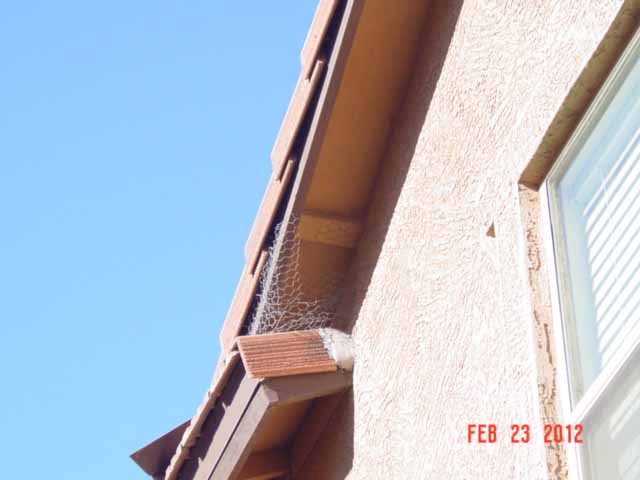 Take the time to either use the proper equipment or hire a Pest Management Professional. If you don’t like heights then I suggest a Professional such as ProBest Pest Management. We use hardware cloth and when finished looks professional. Chicken wire looks like it was pushed up and throw in place, remember someone will look at this and think it took you minutes and you may lose the sale.

Comments Off on Odor Smell Eliminator

Earth Care Bags do not have to come into contact with the odors causing agent. Simply hang the bag near the smell and in 24 hours the smell will be gone. Earth Care acts like a magnet by attracting and neutralizing smells. It is made from an all natural mineral, is non toxic and biodegradable and safe for Planet Earth. Most odors can be removed entirely within 24 hours of use. It is also safe around children and pets, even if eaten. This Odor Removing Bag  removes odors like a sponge, using the properties of natural minerals – no fragrances or cover-ups.  The Odor Removing Bag is as easy to use as placing the bag near the source of the smell, and it will pull the smells from the entire room.  Each bag will last 3 – 4 months once opened.  One bag is recommended per room or every 100 square feet and you can use multiple bags. Earth Care adsorbs smells rather than masking them with a fragrance. ProBest Pest Management carries these odor bags in our DIY store in Gilbert, AZ.