All posts in “BASF”

What are the benefits of hiring a “Pest Control Pro”

Bathrooms and Termites, why?

Comments Off on Bathrooms and Termites, why?

Bathrooms and Termites, why? 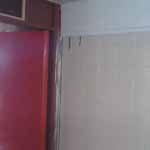 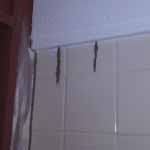 After learning about termites in Florida (I spent 8 years in Central Florida) I know that they really are drawn to water sources much like any animal or insect. Food, water and a place to live, that’s what they need and that’s what we need. So especially in Florida – abundant with water and bathrooms were the place I had more serious issues.

Here is Arizona I think the one thing that’s helps termites beyond the normal water, food etc is the footprint of homes. This footprint allows heat reduction and some water which allows termites to live within the shadow of us. So keep an eye peeled for signs of termites and you will be one step ahead of the game if they ever invade your home. Here is a list of things to look for:

Is there a difference between Patent and Generic Pesticides?

Comments Off on Is there a difference between Patent and Generic Pesticides?

Is there a difference between Patented and Generic Pesticides?

I think all of us understand savings but I want to address patented pesticide/termiticide and exactly what they are, and how they are different from generic or post patent offerings.

Patent pesticide/termiticide is thoroughly researched and tested before they are brought to the market place. This scrutiny is more aggressive (in some ways) and very similar to pharmaceutical grade products.  Termiticides are tested at 4 sites across the U.S. and regulated by the USDA – Gulfport, MS, Tucson, AZ, Florida and South Carolina (USDA Report 2011) On average, it cost ~ $280 million from conception to shelf to commercialize a new pesticide. In addition to these R&D efforts, manufacturers conduct real world testing in various states with licensed Pest Management Professionals – such as ProBest Pest Management.

After a patent expires, generic companies purchase the rights to the active ingredients (ai) but are not entitled to the original pesticide formulation. This is critical because these formulation recipes are vital to product performance and stability.  Similar to pharmaceuticals, inferior inert ingredients are often used in the manufacturing of these products. You may ask, how can these products be the same?  The simple answer is, they are not.  I prefer to deal with basic manufacturers such as BASF (Termidor & Termidor HE ) or FMC Corporation (Talstar & Transport).  I trust their research and product stewardship and know that they would stand behind me if there was an issue.  By the way, I’ve seen this in action. These companies also spend a great deal of time training your local Pest Management Professionals on how to use these products and incorporate them into various termite treatments and protocols.

So before you purchase that termite treatment, ask a few questions: What pesticide or termiticide is the Pest Company using? Why have they decided to use that pesticide? What are their call back rates? Now, I’m sure there are many out there that would argue, generics are just as good as the mainstay offerings however, my opinion I prefer true quality and security for my customers. How do you feel about these generics?  I welcome your comments and concerns.

Premise versus Termidor or Transport

Comments Off on Premise versus Termidor or Transport

In 1995 Premise became available as the first non-repellent termiticide and it lead the way for non-repellents. So why the big deal? Most termiticides up to that point were repellents – generally when a termite came close to the product they were repelled and went away. That is unless there was an opening, then they just made their way into your home. The issue I have (my opinion) with Premise is that it is water solvable and can move within the soil. An interesting note about Premise is that it causes termites to stop feeding and to stop socializing with other termites. After those termites are exposed to even small amounts (very few parts per million) of Premise they wander around in a state of confusion until they eventually die. When large amounts of termites die in the same place, this may cause the termite to block and/or avoid those tunnels and make act as a repellent to other termites. The other issue is water solubility and that once in the ground there is reason to believe that it moves (see information below).

These excerpts are taken from the pdf listed above and are the reason for my use of Termidor and Transport versus Premise.

Soil: The high water solubility and low Koc for imidacloprid indicates a low tendency for adsorption to soil particles. Field studies have produced a wide range in half-life values (t1/2) from 27 to 229 days (Miles, Inc., 1992; Mobay Chemical Corp., 1992). Scholz et al. (1992) found that imidacloprid degradation was more rapid in soils with cover crops than in bare soils, with a t1/2 of 48 and 190 days, respectively. Degradation on soil via photolysis has a t1/2 of 39 days. The half-life of imidacloprid in the soil tends to increase as soil pH increases (Sarkar et al., 2001). In the absence of light, the longest half-life of imidacloprid was 229 days in field studies and 997 days in laboratory studies (Miles, Inc., 1992; Mobay Chemical Corp., 1992). This persistence in soil in the absence of light makes imidacloprid suitable for seed treatment and incorporated soil application because it allows continual availability for uptake by roots (Mullins, 1993). Thus, imidacloprid can persist in soil depending on soil type, pH, use of organic fertilizers, and presence or absence of ground cover.

The leaching potential of imidacloprid when applied via chemigation was explored by Felsot et al. (1998). In this study, imidacloprid was applied to a fine sandy loam soil through a subsurface drip system installed in an experimental hops field. After seven days of irrigation applied at a depth of 0.38 cm of water per day, the insecticide was detected at the maximum sampled soil depth of 105 cm at concentrations as high as 120 ppb. Although the amount of irrigation water applied was not matched to local evapotranspiration and may have resulted in saturated soil, the study demonstrated the potential for imidacloprid residues to move downward through the soil with percolating water. Júnior et al. (2004) discovered that preferential transport through macropores might facilitate downward imidacloprid movement through heavy clay soils that are not normally considered conducive to leaching.

Comments Off on Termites can pop up in the weirdest places.

With termites you never know where they will show up, I have seen them in bathrooms and garages. Really almost anywhere in the home, they are not real peculiar in where they show up.

Any crack or intrusion within that concrete slab allows them access. Given that crack – they will find it.

Technology continues to advance with new and unique termiticides, Termidor, Transport and Altriset. 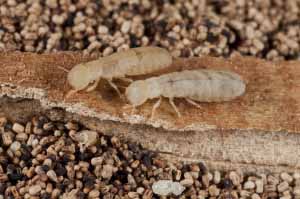 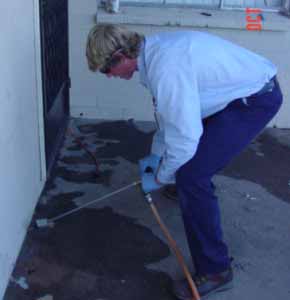 What are the 6 kinds of Bed Bugs?

Comments Off on What are the 6 kinds of Bed Bugs?

What are the 6 kinds of Bed Bugs?

OK I’m stealing this from Jeff Tucker with BASF but I thought it was great and I added one to the mix.