All posts in “charity”

Comments Off on American Legion Family

What is the American Legion Family?

American Legion Family –  not bug related but a worthwhile organization that you might qualify to join and volunteer your time.

The American Legion was chartered & incorporated by Congress in 1919 as a patriotic veterans organization devoted to mutual helpfulness. It is the nation’s largest wartime veterans service organization. Committed to mentoring youth & sponsorship of wholesome programs. In their communities, advocating patriotism and honor, promoting strong national security, & continued devotion to their fellow service members & veterans.
The American Legion’s success depends entirely on active membership, participation and volunteerism. The organization belongs to the people it serves and the communities in which it thrives. I belong to Post/ Squadron 107 on Cave Creek Road, Phoenix, AZ 85024. Why don’t you check us out sometime. We do charity work and sponsor a Cub Scout Pack and help a Boy Scout Troop and we would love to see you contribute your skills in helping.

You may qualify as a Legionnaire, Son or Auxiliary member

Hepatitis C (hep C) is a significant health concern for our nation’s veterans. Our proud men and women have done their part to ensure our safety, it is time we do ours and make sure they know the risks and symptoms of hep C. During Hepatitis Awareness Month (May) let’s make sure veterans are tested for hep C antibodies. Consequently we want them to know the importance of talking to their doctor.

Here are the facts:

Where can a veteran learn more and get tested for hep C antibodies?

What can you do?

Most noteworthy information can be shared directly from https://www.thunderclap.it/projects/41040-hepaware-for-veterans?locale=en

Why is sanitation important to controlling pest and rodents?

Comments Off on Why is sanitation important to controlling pest and rodents?

You’ve seen those hoarder shows and you know the reason why your home or business shouldn’t be cluttered. But why do people collect or let their homes become a cluttered mess? There are many factors in that equation but let’s just talk about those conducive conditions that let pest occupy or inhabit our homes or lives. 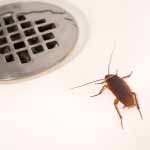 Do you know of any others?

Comments Off on Clutter and the bugs…

Sanitation is the key to any commercial restaurant and should be the guiding light to any homeowner. With the spread of bed Bugs nothing has the potential to cause extreme infestations like clutter. The problem is where to begin the treatment and to be successful you must get to all the spots. I don’t care if it’s heat or steam treatment if you can’t get to where the bug is living there is virtually no chance of winning the war against these little biters. This problem extends to cockroaches and rodents as well, clutter is the enemy whether in or around your home.

CLUTTER IS THE ENEMY! SANITATION IS YOUR FRIEND!