All posts in “coyote”

Comments Off on Beep beep – Roadrunner

Beep beep where is the Coyote?

So we all know as kids that the Roadrunner would always outwit the Coyote. I often just once hoped that the Coyote would catch the Roadrunner. I also still think Acme tools are the perfect tool for catching those unwanted pests/animals. Have you ever tried an anvil on an pest/animal? You know who would be on my case, right? My favorite was the train, where he painted the hole in the side of a mountain.

We also knew that all this was just a show, we figured out fast that the poor coyote would be back. I still felt sorry for the poor guy. How about you? 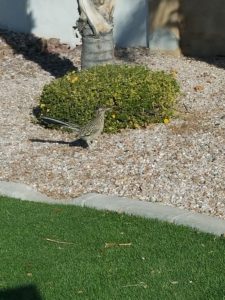 Jumping Cholla – If you live anywhere in the desert you know about these cactus. They will attack if you get close. OK they won’t attack but it seems like it. Its like they are magnetic. But a question was asked recently why don’t rodents or coyote’s ever have them attached? Or better yet why not Pack Rats? It’s called behavior modification, they learn and they learn quickly. It’s amazing cause almost every time I’m in the desert I get a few. I kneel to check a rodent station and get one in my knee or there might be bits and parts inside the bait station. Sometimes I even get them in my shoes, right through the soles and you think its a rock but surprise a needle shooting pain.

The dangers of the desert

So a word of caution, there are many things in the desert that can do you harm, rattlesnakes, Africanized Honeybees, rocks and cacti – so use extreme care.  I seem to find almost all of these dangers as I’m doing my work. Stay tuned for a resent find in a rodent bait station.

I have seen Pack rat middens or dens full of this stuff, how do they do it – I have no idea. I was training a technician once and mentioned to be careful, I had no sooner turned around and he had them from toe to waist on his right leg pants. Painful and barbed, did I say ouuuuuch? But yet the animals seem to be impervious or maybe it’s just that they are smarter. You decide! 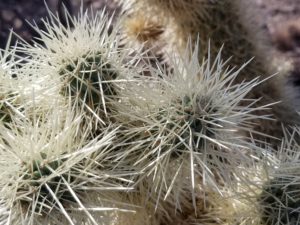 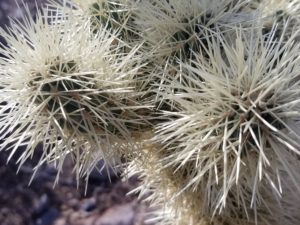 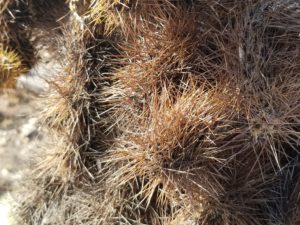 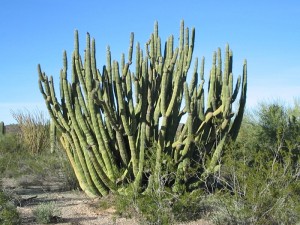 Have you seen coyotes in your neighborhood?

Comments Off on Have you seen coyotes in your neighborhood?

The other day I rounded the entrance to my cul-de-sac and two coyotes ran out in front of my truck. This isn’t the first time that I’ve seen a coyote but is does concern me about the pets in the neighborhood. I live in the City of Phoenix, not in a rural section but a established community that has been there since the 1980’s. So why would there be coyotes in this section of the city? Coyotes thrive just about everywhere in the U.S., I think because it adapts and will eat almost anything.

Coyotes are most active at night and early morning, when there is little interaction with humans they may hunt throughout the day. I think they look cool and are similar in general appearance to a dog such as a collie. But remember they are wildlife not pets, do not feed them it will only cause more issues.

So what can you do to prevent them from frequenting your home or backyard, I’ve seen them jump gates over 6 foot high? Installing  higher fencing can help but adding this may not serve to prevent that ambitious or mischievous one from getting in. If you live on a farm or acreage with animals, you may have to get serious and install electric fencing or change the property. There are also noise machines, lighting and the use of a good size dog may be enough to scare them off.

Any ideas, what is it?

Comments Off on Any ideas, what is it? 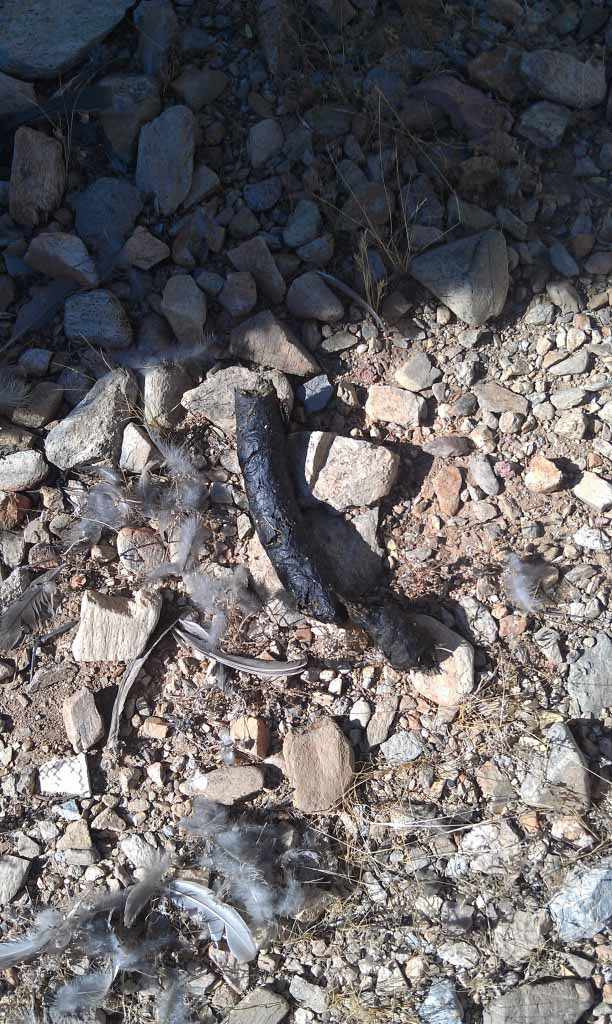 Whatever it was it appears that it attacked the bird and ate it. I’m thinking maybe a coyote but I’m not authority on scrat or poop.

Any ideas what you think this is? Comments please!