All posts in “meat”

The world would be boring if we were all the same, right?

I knew it was just a matter of time for someone to jump all over this eating insect stuff to think it was unethical. Letter: Eating animals, including insects, isn’t ethical.

17 million kids go to bed hungry every night around the world – something to think about.

The part that gets me is when people use any means to justify the end like I’m going to do right now!

King James Bible – Genesis 1:26
And God said, Let us make man in our image, after our likeness: and let them have dominion over the fish of the sea, and over the fowl of the air, and over the cattle, and over all the earth, and over every creeping thing that creepeth upon the earth.

When God gave humanity dominion over the animals, it was in order to care for, tend to, and use those animals to their fullest potential in a just manner. At the time that God gave mankind dominion over the animals, humans did not eat meat (Genesis 1:29). Eating meat did not begin until after the Flood (Genesis 9:1-3), and it was at that time that animals started to fear humans. However, although God changed the way we interact with animals, in that they are now “meat,” we still bear a responsibility to care for or treat animals humanely. Human “rule” over animals does not mean we have the right to mistreat or misuse those animals. http://www.gotquestions.org

There are about 7 billion people on the planet and sooner or later there isn’t going to be enough food. Now I will tell you if I didn’t have access to the type of food I’ve always had – I would eat whatever I could get my hands on, period. Now I’m fine with you if you what to be a vegetarian but frankly I’m never going to be and nothing, nothing you say will ever change that fact.

Cereal – Have you ever noticed bugs?

Cereal – Have you ever noticed bugs?

Cereal bugs – Well it does happen from time to time. So what are the bugs and how did they get there? Stored Product Pest can sometimes be found in a variety of goods, from dog food, pasta, dried flower arrangements to flour. Most of the time this contamination occurs outside of the factory where it was produced. Have you ever been shopping and noticed little moths flying about? I notice them quite often in the dry dog food aisle at your local Pet Stores.

Here is a report I believe from France but it points out  how problems can arise to the point of contamination or adultration.

4,900 kg of cereals destroyed due to presence of insects

1904-1906 Upton Sinclair (did you know he lived in Buckeye, AZ with his 3rd wife) publishes “The Jungle” about the meatpacking industry which sparked the passage of the Pure Food and Drugs Act of 1906. 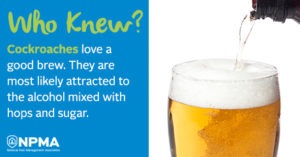