All posts in “nocturnal” 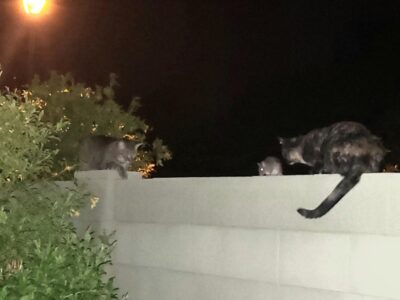 Comments Off on Rats & Cats

From everything I have read cats are supposed to hunt mice and rodents, maybe they didn’t read the same book I did. This is the absolute reason why pest control by a Professional is important. I’ve posted before that if you have rodents in your neighborhood, they will not go away on their own. Someone in your community probably doesn’t pick up their fruit or leaves the dog food out. So take a proactive stance and check your property and if you see something suspicious inform your neighbors. Don’t accuse just point out you saw something and maybe they will become proactive as well.

My house and subdivision have been around for over 30 years, but the pest situation is in check. A year or so ago I noticed some rodent activity plus my neighbor said her cat returned with a dead rat. I installed a few rodent stations and the problem is taken care of. I’ve have not noticed any activity in the last few months but the stations remain to take care of any new rats moving into the community.

I will also comment to say that outdoor cats wreak havoc on the environment, often killing native birds and critters. Feral cats also cause  issues, like meowing at night, creating cat litter boxes everywhere to general public. They are also carriers of parasites and just like feral dogs can attack and cause harm. Keeping pets should be an indoor situation and better for them and the public. Rats & Cats, shouldn’t be spending quality time together. Feeding the neighborhood cats and/or dogs just brings continued issues to your surrounding neighborhood. Just my opinion on nature and how I think it works. Cats should be spayed/or neutered and the population reduced and this works better than just removing the excess cats. This opens up outside cats from other territories, from moving in.

Comments Off on Freaky little bug?

Freaky Creepy bugs, what nightmares are made of:

Freaky is the word. Tailless Whip Scorpion They are nocturnal arachnids found here in Arizona. Most people who do see them are generally freaked out because they look so strange. They look like a flattened spider. They commonly use their long, delicate, whip-like, antenniform front legs as sensory organs to search for prey in the dark. I have seen some with large grasping hook like legs while other appeared to just have grasping legs without the spines. They don’t have stingers and technically they really aren’t spiders but they are in the same Class Arachnida. They have no venom. They do look rather odd but they eat cockroaches and other small insects. Have you seen any at your home? 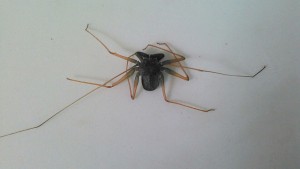 Freaky Thanks to Andon for the photo 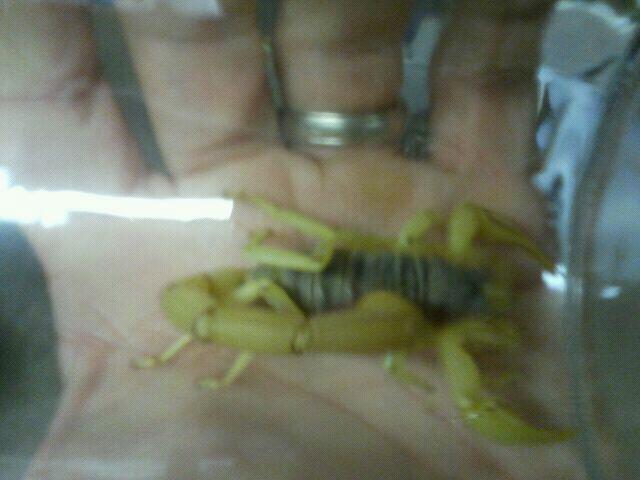 It’s dark outside and you need to run to the garage, so you ask yourself “Should I put on my shoes?” – The answer is an unequivocal – YES. Bark Scorpions pack a sting that could send you to the hospital and this whopper – Desert Hairy Scorpion will sting you but generally is not as bad as the Bark Scorpion.

Comments Off on Space Bed Bugs from the Planet Cimex 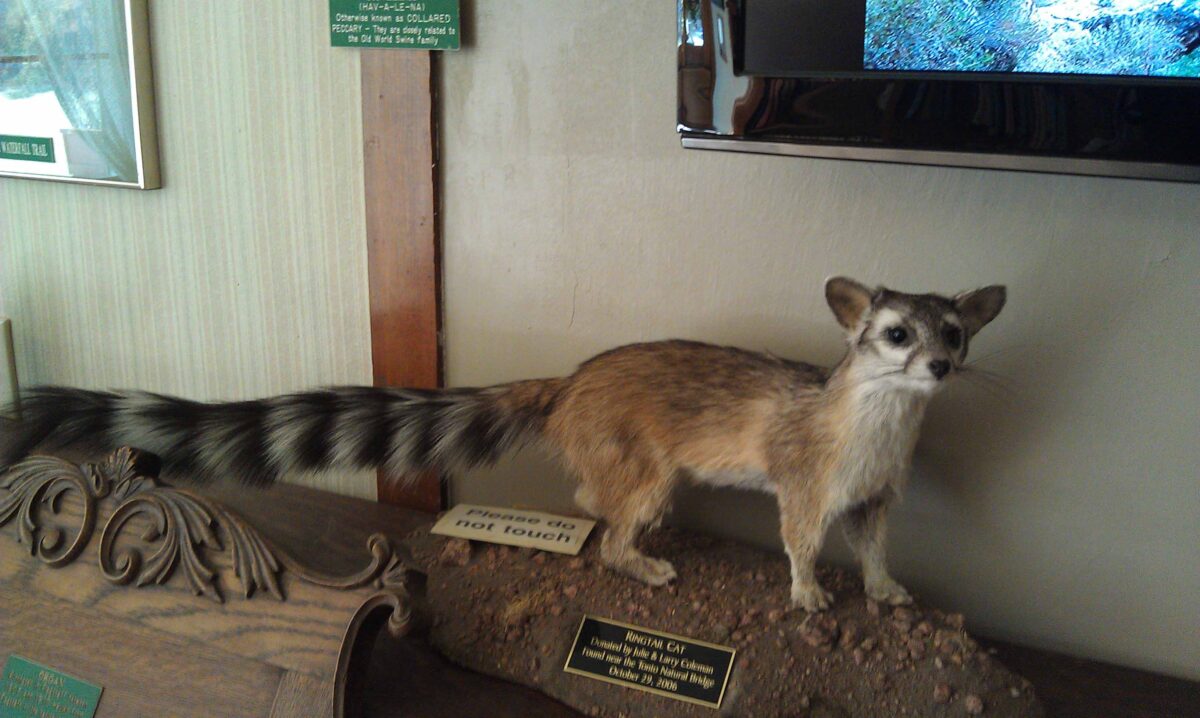 The ring-tail (Bassariscus astutus) is a mammal of the raccoon family (thus not actually a cat), native to arid regions of North America.

Much like the common raccoon, the ring-tail is nocturnal and solitary. But it is timid and seen much more rarely than raccoons. It is omnivorous, eating fruits, berries, insects, lizards, small rodents, and birds. Foxes, coyotes, raccoons and bobcats will prey upon ring-tails. Hawks and owls may attack the young. They produce a variety of sounds, including clicks and chatters reminiscent of raccoons. A typical call is a very loud, plaintive bark. As adults, these mammals lead solitary lives, generally coming together only to mate. The Ring-tail above is in the collection at Tonto Natural Bridge, just north of Payson, AZ.

Black-footed ferret – A number of years ago I actually ran into one of these at a soccer field but it was deceased. It was in poor condition and at the time I had no idea what it was  and I decided to do some homework to see if I could decide what it was. At least that is what I think it was. The endangered black-footed ferret is a member of the weasel family.