All posts in “pets” 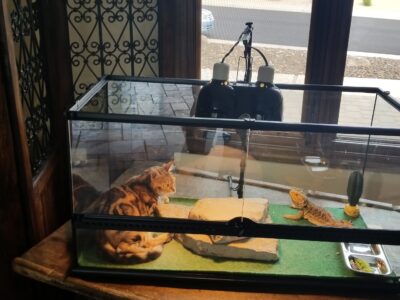 Comments Off on Cat versus Dragon

Cat versus Dragon, every once in awhile you have that moment to take a picture that just has to be taken. This cat and probably very nervous Bearded Dragon, were just hanging out. The owner said they do it daily and have been doing it for a long time – unlikely friends, right?

What does this have to do with pest control? Many people ask if we can kill or get rid of lizards. We can’t and don’t, lizards eat bugs and are a natural way to get rid of pests, especially crickets. Just like bats they eat a lot of bugs on a weekly basis. I’ve also seen cats play with scorpions, never reacting to stings if stung. But still no reason to have bugs in your house. 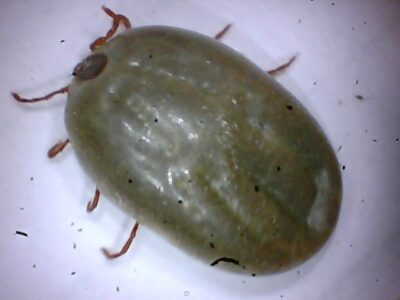 Comments Off on Ticks

Ticks can be a real problem with your pets, birds may fly into your backyards or even visit your local park. Without your knowledge your pet picks them up and return to your nice sweet home. Now you have ticks.

Ticks are one of the only bugs that we use our power sprayer in the backyards. Because they tend to climb to the tops of grasses and weeds and wait for their prey. You have to be vigilant because they will come inside and set up home. I’ve seen them in a sofa and that took awhile to figure it out.

Raccoon – Tragedy on a Phoenix Street

Comments Off on Raccoon – Tragedy on a Phoenix Street

Stuffed toys raccoon etc. I’m on the road a lot and I encounter some really scary things, I was at a house one day when I heard a loud crash. I ran down the street and saw two young girls on the street involved in and accident. They attempted to cross the road and not at an intersection, I later heard that one of the young girls had died.

This is just a stuffed critter Raccoon that someone has discarded on the side of the street. I just don’t understand how people can just toss stuff from their cars. People have to clean this stuff up and guess who pays for this – you and me in taxes. 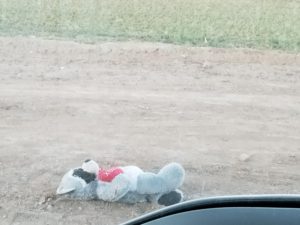 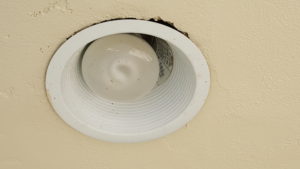 Dogs cats pets versus ticks ohhhh my. So here in Arizona we are somewhat lucky not to be plagued by fleas very often. Our humidity isn’t favorable to their life-cycle. But don’t worry we have a host of other vicious little critters that enjoy bothering our pets and us. In general, ticks are to be found wherever their host species occur. Migrating birds carry ticks with them on their journeys; a study of migratory birds passing throughout the country. Ticks are widely distributed around the world, especially in warm, humid climates, yep that’s us.

That picture above is a fully engorged tick, after feeding on something she will be ready to lay her large mass of eggs -somewhere between 2,000 and 18,000. Ticks can fast for long periods but eventually die if unable to find a host. This behavior evolved approximately 120 million years ago through adaptation to blood-feeding and a female can increase her body size to 600% You know I’m really not a cat person, I like dogs. Yes I know more people these days own cats than dogs but hey what can I say. There is this World renown Entomologist in Florida that despises cats and he frequently makes fun of all types. He even includes jabs at training events and a magazine his University publishes. To me they are finicky while dogs will generally play and come to you no matter what. Cats are just cats, no more no less. Did you know that all dogs come from wolves, I mean there are all kinds small and large, tall and short, ugly and cute (all in the eye of the beholder) well you get the drift. I guess they have been around a long time, I guess their good mousers (well most of them). But at least the one below knows something good.[embedyt] http://www.youtube.com/watch?v=2v37FuUFfF0[/embedyt] 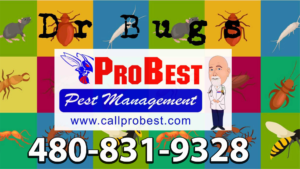 A recent outbreak of Leptospirosis was recently confirmed in Maricopa County. Over 60 dogs tested positive, so I prepared video to help identify what you can do to protect your dog, cats, pets and family. Leptospirosis, is a bacterial disease that can affect people and animals, has been on the rise in Maricopa County dogs since February, 2016. The bacteria that causes this disease is spread in the urine of infected animals, including rodents, wildlife, pets, and livestock. If you suspect your pet may have this bacteria virus please consult your Veterinarian.

First of all, I stopped taking Gracie my dog (I think she is a beagle coker spaniel mix) to parks.  I’m concerned with her picking up ticks and now this nasty disease. If you take precautions, we should be able to stop this but consult your Veterinarian. I use Lookout Mountain on Cave Creek Road and highly recommend them. They have taken care of both my dogs and are personable and know their pets. 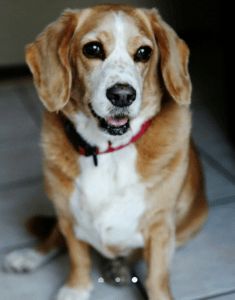 Comments Off on Lyme Disease – the debate

Lyme Disease Great article on debate whether it is a chronic disease. Study may suggest some correlation to Global Warming – OK I said it. The disease also imitates other nefarious like chronic fatigue syndrome, fibromyalgia and mulitple sclerosis.

When walking pets keep an eye out for ticks in high grass, when arriving home checks pets and yourself for parasites etc. Birds can introduce ticks into back yards and dog parks, so be careful even at your own home. Also be sure to check out NPMA or National Pest Management Association for updates on tick activity across the USA.

Comments Off on Off Label – DANGEROUS

Off Label – dangerous and extremely improper method to eradicate rodents.

I now understand why the EPA wants to take away these products from consumers. Not all consumers are this reckless. I have even seen Pest Professionals do things that are not wise, spray for weeds in short pants with flip flops on. But I guess that is why they award the Darwin Awards each year for stupidity. That is also why items need warning labels such as “Don’t put your hands under mower when its running”. This is all dangerous, what if a child ran across this bait while on a walk. Bait must be securely installed within a rodent bait box, not accessible to children or pets. These packets are often throw into attic and I have seen rodents attempt to bring it out via the weep holes in the attic. I’ll also mention another pet peeve of mine, moth balls – they are not intended to be throw anywhere you want, they are poisonous to animals and children. Any pesticide can be dangerous, they all have Label directions of use and Safety Data Sheets and should be read each time you use them. Pests pose a significant risk to the public health and that is why I consider myself a Public Health Professional. Pesticides save lives everyday and should be used in accordance with the Label. Things change and pesticides are getting better at doing their intended purposes. The EPA has a very informative site for the safety of pesticides.

Please read the label, it is the law and must be followed for the safety of your community.

DANGEROUS is about all I can say! It isn’t just about yourself, it’s about the general public at large. Just think for moment before doing something. Thank you! 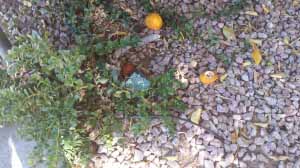