All posts in “public health” 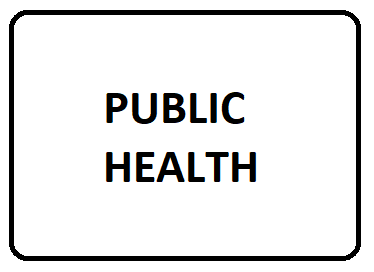 Essential Services – In response to the Covid-19 virus

Essential Services and their providers are the FrontLine of defense to Pest Control.This virus has certainly made people think, maybe those Preppers were right? Maybe we all need to think about – what if? The President, Governor of Arizona all have weighed in and set guidelines and protocols to the Pandemic. So why is Pest Control an Essential Service?

We are the Protectors of Public Health!

As you quarantine in place, we continue to serve your home or business. I never in all my days ever thought this day would come, yet here it is. The scorpions, ticks, mosquitoes, and rodents will not go away on their own. They will continue to be a constant threat against our lives. While many carry diseases, we are the force needed to stop them. We have the tools and knowledge to keep them at bay. The key in my mind is knowledge, anyone can spray but do they know the enemy? There are numerous pesticides on the market one even touts yearly protection – if that was true I would use the stuff. Depending on time, weather conditions and other factors, most pesticides only last a limited amount.

Why has ProBest Pest Management stopped doing insides homes and when did you stop? I made this decision years ago, probably about 2005. The pesticides are mixed with water, put down wet which dry and children and pets can then come in contact with these pesticides. Once dry they can become airborne and nobody needs to breath that over time. Most all work can be done from the outside, this requires more time. These days pesticides have come a long way, only certain pests like German Roaches require inside treatment (can be done with specific pesticides such as dry baits or gels). Ants can also be treated with baits. Bed bugs are a different story but these days there are fungal spores ready to annihilate the blood suckers.

Long story short, we PROTECT the PUBLIC. I personally have almost 30 years of experience, many long hours of study and credentials ready to serve you. Read my bio and you decide, who do you want on your side? Someone who cares and loves his job, or somebody just in it for the money. ProBest Pest Management 623-414-0176 or 480-831-9328.

Public Health and Human Health, go hand in hand to provide the cornerstone of pest treatments. 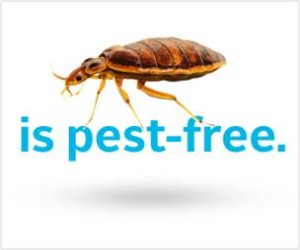 Who cares about bugs and rodents?

Who cares about bugs and rodents?

Each and every day I’m reminded of the valuable service ProBest Pest Management offers, why you ask? Let me share some of my most memorable days of Public Health:

The Edible Dormouse or Glis Glis

The Edible Dormouse or Glis Glis

Note: From time to time I allow people to write articles which I believe will be of interest to our community. This article while pretty much exclusive to the United Kingdom was interesting in that mice are quite intrusive no matter where they live. I also do advise people that in some cases pest control can be handled by the Do It Yourselfer but you also can get in over your head and the opinions and advice from a Pest Management Professional should be sought.  Dr Bug!

What is a Glis Glis?

The Edible Dormouse is originally from continental Europe and was introduced in the United Kingdom in 1902 as part of a private wildlife collection at Tring in Hertfordshire. Due to an accidental escape, it now lives in the forests and countryside where it reached a population estimated at 10,000 rodents located within 25 miles of Tring.

The Edible Dormouse is one of the biggest rodents present in the United-Kingdom as it can reach 30 centimeters long. The Glis Glis has grey fur and similar to a young squirrel; it has big eyes and a long tail which it can spontaneously cast off in a situation of danger. Herbivorous, it feeds on fruits and nuts but if food is scarce it adapts and can eat plants, invertebrates and eggs. The Glis Glis is a great climber and usually inhabits in forested habitats and seeks shelter in bird nests, hollowed trees and caves.

Why is it considered as a pest?

Glis Glis are considered as one of the 14 threats to Britain’s countryside as they destroy crops and trees as well as electrical cables and wires due to their constant gnawing. A nocturnal rodent; Glis Glis will seek refuge during daylight and during hibernation. They will seek shelter in outbuildings, homes (basements) and business premises and may damage property and belongings. This can be very dangerous as an example, gnawing of an electric cable in your property can lead to a fire.

For those reasons, it is highly recommended to eliminate/manage any Glis Glis infestation, however, as it is protected species by the Wildlife & Countryside Act of 1981, restrictions apply in how to proceed.

How do I know if I have Glis Glis in my property or business and outlying areas?

First and foremost, Glis Glis hibernate for almost seven months; from autumn to spring (May to October). Therefore during that period, it will be difficult to find proof of the existence of the Glis Glis as their activity is very limited.

Because of their nocturnal nature, they remain inactive during daylight for fear of predators. Most of the damage caused by their behavior will be done at night.

To know if you have Glis Glis on your property, look for:

The Edible Dormouse or Glis Glis is protected species, so what can I do?

Indeed, Glis Glis is protected by the Wildlife & Countryside Act 1981 which prohibits certain methods of killing and trapping except under license. The trapping or killing of Glis Glis can take place if it is a matter of public health or public safety, in prevention of serious damage to crops, fruits, livestock etc. This means that only pest control experts who are certified to do so under license can take action. Homeowners can apply for a license for live trapping Edible Dormice; however this is subject to several rules and restrictions.

Prevention is always the best first steps to take. A few steps can be undertaken to make your house/business rodent proof. You will find how to do so in the Tips & Advice section of our website or by clicking here.

Victor®, the global leader in rodent control, offers a variety of innovative mouse control solutions such as Live Mouse Traps and rodenticides to help you with all your rodent control needs. Victor® has all the information you need to get rid of the rat in your home.

Way back in 2005 the Professional Pest Management Alliance (PPMA) indicated this statistic:

72% of Homeowners surveyed agree that their pest control company providers help me protect my health”.

Do you agree, what if you found flies in your home or cockroaches or more importantly what if you suddenly found Bed Bugs? I’ll bet you would agree quite quickly and that is why I’m sure that that figure above is right on up there.

Give us the GreenLight to manage those pests at your home or business.

Have You Hugged Your Pest Professional Today?

Have You Hugged Your Pest Professional Today?

For more than 30 years, April has been celebrated as National Pest Management Month, recognizing the professional pest management industry for its role in protecting public health and property from significant pest threats.

“Many people may not realize the important job pest professionals perform every day. Whether it’s salvaging a termite ravaged home, giving someone back the ability to sleep after eliminating a bed bug infestation or ensuring food warehouses and restaurants are free of disease-carrying pests, we are grateful for all that these men and women do every day,” said Missy Henriksen, vice president of public affairs for the National Pest Management Association (NPMA).

The NPMA is also encouraging people to brush up on common household pests including termites, ants, spiders and bed bugs this month.

Termites: Termites feed on the cellulose found in wood and paper products and cause more than $5 billion in property damage every year. With termite season upon us, homeowners should be on the lookout for swarmers (winged termites), which serve as a warning that a colony may have already settled inside.

Ants: Ants are the number one nuisance pest in the U.S. and are among the most difficult to control. According to a new NPMA survey of pest professionals, spring and summer are the busiest seasons for ant-related service calls. Ant infestations are most common in office buildings, restaurants, apartments and condos and single-family homes.

Spiders: While spiders tend to elicit fear in many people, only a few pose serious health threats to humans. For example, both the brown recluse and black widow spiders can cause painful bites that are especially dangerous for children and the elderly, sometimes causing gaping wounds and fatal reactions.

Bed Bugs: Bed bugs continue to plague Americans as they infest hotels, schools college dorms, residences and other places where people gather. A 2011 survey, conducted by the NPMA and the University of Kentucky found that 99 percent of pest professionals had encountered bed bugs in the past year; a number that has steadily risen over a 10-year period.

“With summer travel around the corner, NPMA is reminding travelers to be vigilant wherever they go and to be mindful about bed bugs’ hitchhiking nature.  A few simple prevention tips can go a long way in saving travelers from an infestation when they return home,” noted Henriksen.

The NPMA, a non-profit organization with more than 7,000 members, was established in 1933 to support the pest management industry’s commitment to the protection of public health, food and property.