All posts in “Social Media”

We all, no matter if we live in an apartment or house, rented or owned, have to deal with pests. If you haven’t yet, I can assure you, your time will come. For those of you who have gone through any kind of pest situation know how frustrating and often times expensive it can be. That’s why we’ve gone through and listed in one convenient place Frugal Dad’s Top Pest Control Blogs. Frugal Dad 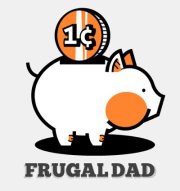 Thanks to Frugal Dad for the award and to the other Pest Control home sealings who spread the word about the bugs that pester us daily!

I really found this interesting at a meeting last week on Social Media and they mentioned this Youtube video, watch and see what you think. Any Comments?

Advertising is a form of communication used to encourage or persuade an audience (viewers, readers or listeners) to continue or take some new action. Most commonly, the desired result is to drive consumer behavior with respect to a commercial offering, although political and ideological advertising is also common. The purpose of advertising may also be to reassure employees or shareholders that a company is viable or successful. Advertising messages are usually paid for by sponsors and viewed via various traditional media; including mass media such as newspaper, magazines, television commercial, radio advertisement, outdoor advertising or direct mail; or new media such as websites and text messages.

Commercial advertisers often seek to generate increased consumption of their products or services through “Branding,” which involves the repetition of an image or product name in an effort to associate certain qualities with the brand in the minds of consumers. Non-commercial advertisers who spend money to advertise items other than a consumer product or service include political parties, interest groups, religious organizations and governmental agencies. Nonprofit organizations may rely on free modes of persuasion, such as a public service announcement (PSA). according to Wikipedia