All posts in “dryer”

Comments Off on Kitchen tubes

Kitchen tubes and termites, always a freaky thing to discover. This was of course unusual and of course there was a shower bathtub on the other side. This makes it difficult to treat, almost making it impossible to get to the bath-trap. Maybe the possibility of angle drilling, but whoa pipes in the way.

Checking your home monthly for signs of termite tubes is helpful in determining an active infestation. Check for signs outside at the foundation and check inside for any signs of soil/dirt tubes and stains. In Arizona termites become more active after monsoon and the rains. This year we have had a lot of rain, so keep an eye out for signs.

It’s not the appliance but the hole that lets in the critters.

Comments Off on It’s not the appliance but the hole that lets in the critters.

The appliance and the hole.

The appliance and your home. It’s the hole that affects the entry of the pests. Often the wall socket is surrounded by the cover but may still allow pests. The cover may fit tightly but the technique is to fill in that gap with caulking. By sealing the outside, you stop the pests outside. But if there is a gap and they encounter it they may get in. Home-sealing is still the best option and helps to add one more line of defense against the possible invasion of pests.

Home-sealing eliminates the holes or crack that scorpions, ants and spiders may take into your home. You can do your own sealing or hire a professional company to do it. It is better to be done in the winter if you you-re doing it as it HOT and messy. You can do the inside any ole time and its easy enough to do, pull the cover down or off and caulk. 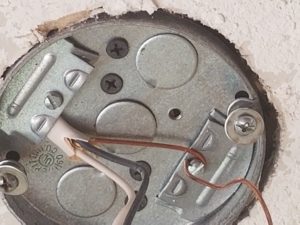 Did you know:  You probably have heard it a million times but 15,000 home clothes dryer vent fires are reported each year and cause an estimated 5 deaths, 100 injuries, and $35 million in property loss. The leading cause of home clothes dryer fires is failure to clean dryer vents. Lint is flammable; filtering it before it leaves the dryer is generally easier than cleaning out the exhaust vents every few cycles (instead of once or twice a year), but the lint’s no less flammable inside the dryer than outside, so failing to clean the lint filter can cause a dryer fire.

Here are a few tips: 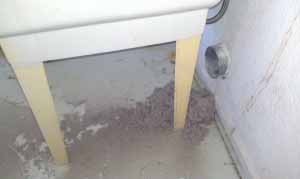 Comments Off on Dryer Lint

Dryer lint may cause fires

Your West Valley newspaper recently did an article on a recent home fire resulting from a dryer lint and  dryer vent and the damage caused by it “Peoria Fire – Medical responds to dryer fire, reminds people to clean vents”.

More than 15,000 fires are caused by that buildup of lint in those vents yearly, and ProBest Pest management has a air system device to clean those vents. This procedure is simple, we insert a device into the hose area of the dryer vent and the air forces the lint back at us cleaning the hose system. We also recommend installing a metal hose versus the old plastic type you may have. A simple clean out can take care of years of lint and crud build-up. I cleaned mine, it hadn’t been cleaned since I bought the house in 2003 and probably not cleaned since it was built in 1987. It was time and I got almost a full 5 gallon bucket of lint from that build-up. 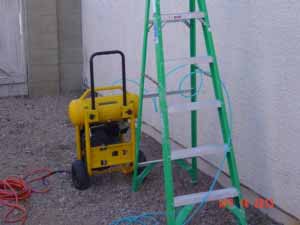 Comments Off on Does this look like your dryer vent?

Is this what your Dryer vent looks like? We offer cleaning service. The U.S. Consumer Product Safety Commission (CPSC) estimates that 15,500 fires associated with clothes dryers occur annually. These fires account for an average of 10 deaths and 310 injuries and more than $84.4 million in property damage annually. 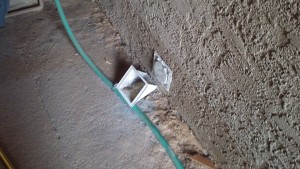