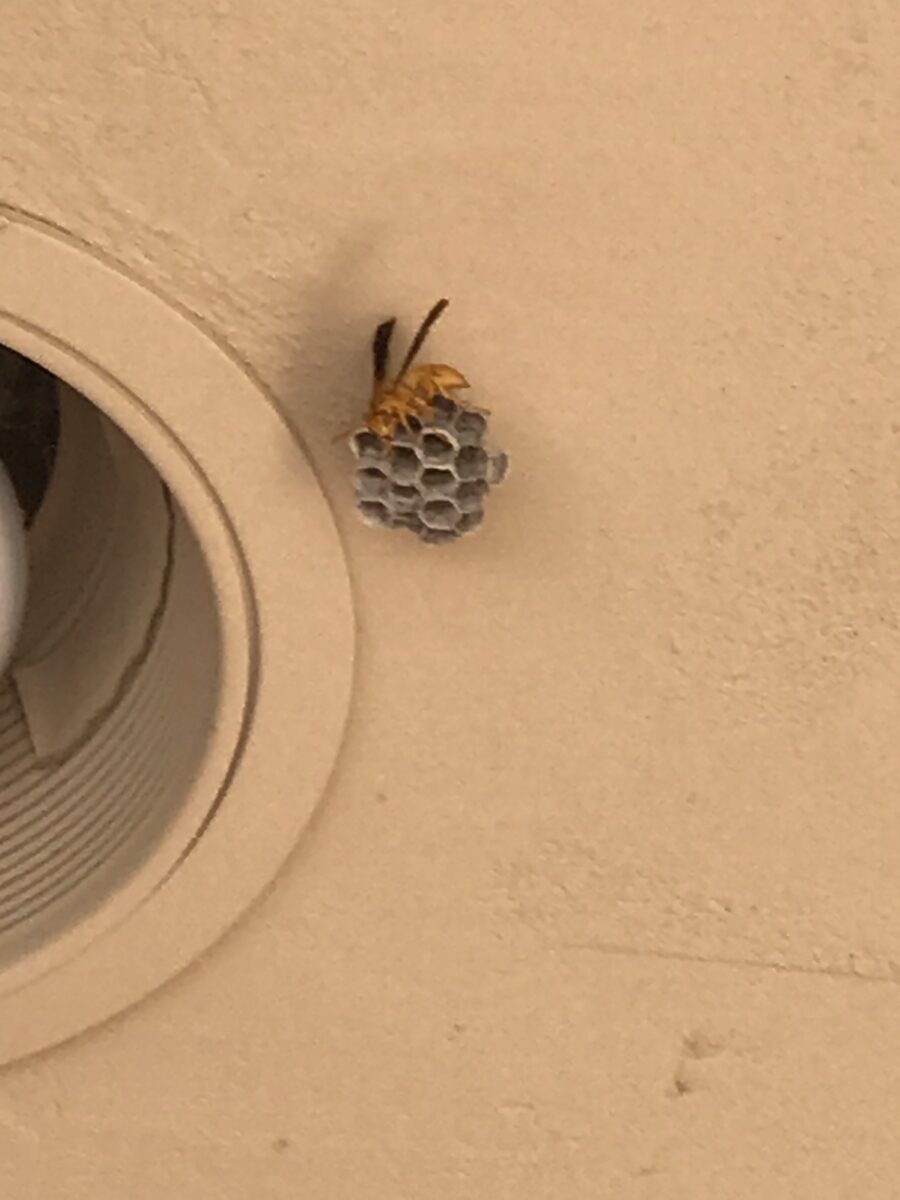 Did you know they are almost all female, the original wasp builds the first paper nests and starts laying eggs. The initial generations then start helping Mom, they tend to all the duties and Mom is available to just lay eggs. I will tell you that I think they are the most vicious in general of the stingers out there. They always seem to give you that look, if you get close. I’ve encountered Bald-faced Hornets (ground type) and even they weren’t as nasty. I also think the toughest wasps are those in bushes, you can’t see them and they attack without warning. A friend in Ireland had some issues with wasps, check it out?