Wood rot and your home.

Wood rot = wood decaying fungus as a type of fungus that digests wet/moist wood causing it to rot. Often times the mere correction of the wood is enough to salvage the wood. Is the wood in contact with the dirt? Is there a water leak and the wood is getting wet or staying wet for extended periods of time? Obviously if you see a fungus growing in the wood, it would be a dead giveaway (in the picture above). If you’ve read any of my blogs you know that I highly recommend performing a monthly home inspection. What should the homeowner look for?

The key is to find the problems and issues before they become major catastrophes. An ounce of prevention may save you $1000s of dollars and a real headache. Homeowners can simply get screens fixed and may keep the bugs out and in the same way a simple fix of a gutter leak may save you hours of time to rebuild a section of your house. Did you know that its usually a moisture content of over 20% that causes the problem, and I know you’re thinking we don’t have that kind of moisture in Arizona. Remember that thing we call monsoon?  That fungus really needs good temps, oxygen and a food source and that could be your home. 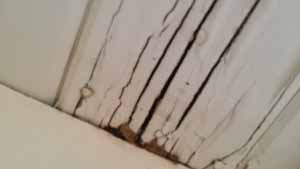 So that BIG question – Who you gonna call? ProBest Pest Management

Well Dr Bug hopes it’s ProBest Pest Management 480-831-9328. Since 1981 ProBest has been consulting on bug issues throughout Maricopa and Pinal Counties, Arizona. From ants to Zarrhipis (these are slender larva of a beetle known to enjoy Millipedes) and the cool thing about these larva is that luminescence. I mean really who in the world knows this stuff, yep Dr. Bug. So if you need pest control hire someone who knows the biz.

With no cold weather again this winter, the bugs are going to be fierce and we will come in contact more often. Snakes are out since it is already HOT and honeybees have been swarming for a few weeks. The hunters and their prey, overwintered without that extreme cold. We also have  had enough rain early in the year so bee ready for the bugs. 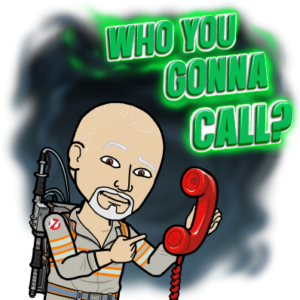 One of the highest praises a company can get is to be included in a Top 100 list of blogs & bloggers in the world. http://blog.feedspot.com/pest_control_blogs/  Also the nice thing about it, is that ProBest is included with some really successful bloggers including pestcemetery.com and www.invader.net

These blogs are ranked based on following criteria 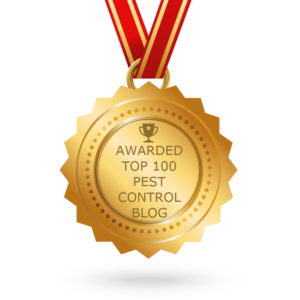 There are probably about 15,000 pest management companies across the U.S. so I’m humbled by being nominated to this blog list and appreciate the award. Blogging is a passion of mine and gives me a chance to spread the word of pest management and IPM. The new persona of ProBest is Dr. Bug – see below:

QualityPro company and have been since 2005.

The Bio of Dr. Bug, Owner of ProBest Pest Management

If you have a bug problem and you are looking for someone who can solve it, please read on…

Keith Birkemeyer aka Dr. Bug has been in the business of pest management for over 20 years. His interest in bugs began at an early age when he delighted(?) his parents with an infestation of Praying Mantis.  He had brought some egg cases in from the cold one winter in Ohio.  When they hatched there were baby Praying Mantis everywhere.  Keith grew up in Scouting and is an Eagle Scout.

Keith’s formal training began in Florida. A state well known for a hearty bug population, especially termites.   He continued his career with a chemical manufacturing company as a Technical Specialist.

Keith has traveled the world speaking to various groups about bugs, termites and pest control.  He is an Associate Certified Entomologist.  Keith enjoys sharing his Arizona pest control stories and facts.  He is the owner of ProBest.  ProBest has been named a Quality Pro company.  And is awarded the “Mark of Excellence in Pest Management” by the National Pest Management Association.  Keith may be a grown kid at heart and his company allows him to pursue his passion.

No one knows bugs like Keith does.  That is the number one reason to call ProBest Pest Management for all your insect prevention needs.

Introducing a new feature of ProBest Pest Management which started in 1981 and in 2005 changed ownership, we had the opportunity to partner with the US Post Office to become a Contract Postal Unit which helps us to interact with about 100 people a day who may never have know us. As we interacted we also noticed children, often times not happy with shopping with Mom or Dad. We then came up with the idea of showing a few bugs and reptiles – we currently exhibit 2 snakes, 1 tarantula and 1 Bearded dragon. The kids just LOVE the exhibits and this is how Dr. Bug was created. Dr. Bug shares the features of the Pest and Termite world by exploring the things people may not know about bugs that invade their homes. Dr. Bug also shares his experience to help families and business owner protect themselves from the dangers of pests. You may also send a picture or ask for advice on pesticides or bugs in general from Dr. Bug at DrBug@cox.net and as always please bee careful out there. 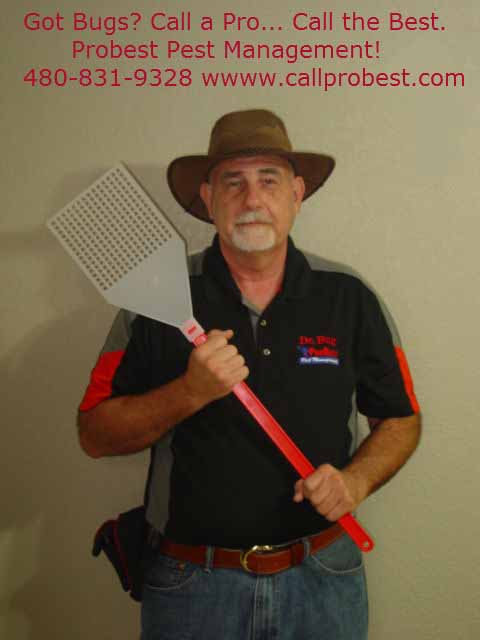 Last week someone mentioned they had flying bugs in their home, they brought in some samples and they turned out to be Whiteflies. I immediately put on my detective hat and began to ask questions. Had they brought in any plants recently and bingo that was the answer I thought I would hear? A lot of times if we just think about what conditions may have changed and we may get to the right answer.

Whiteflies usually occur in groups on the undersides of leaves. All stages suck plant juice and can damage the plant if numbers are high enough. A few years ago someone had a similar occurrence and they had a potted plant at their front door. Every time they opened the door the whiteflies got sucked right into the home.

Dr Bug wants to thank Ms. Kelli and Mr. Mike and all the young adults for a great session at the Chandler Environmental Education Center. They came from the Extended Family Disability Services, LLC in Chandler, AZ and supplied me some pictures of our time together. I wanted to share these pictures, I had such a great time. Not everyone enjoyed the snakes but hopefully they learned something about the bugs and reptiles.

I made some new friends today and I hope we can get together again for some Bug Zoo type activities.

Everyone is welcome to stop by the office, we have all kinds of critters and from time to time we change things around. Typically snakes, bearded dragon and a spider but we change it up. 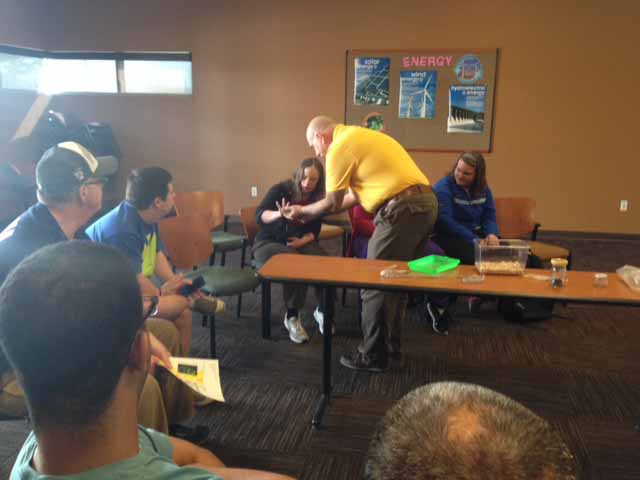 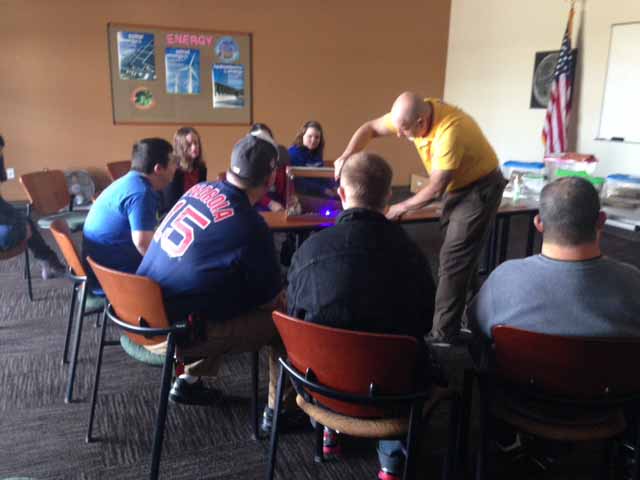 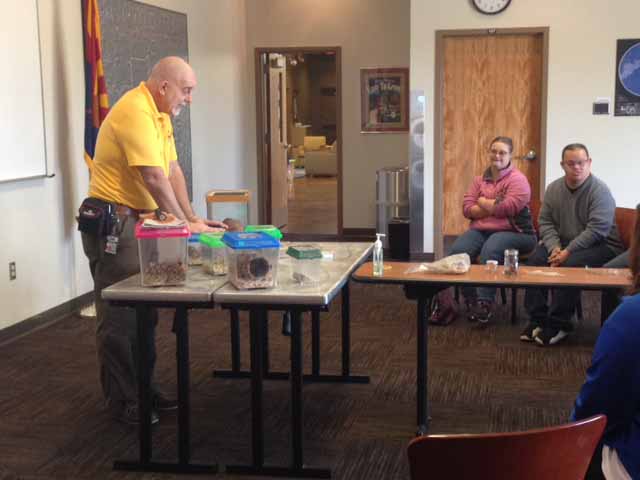 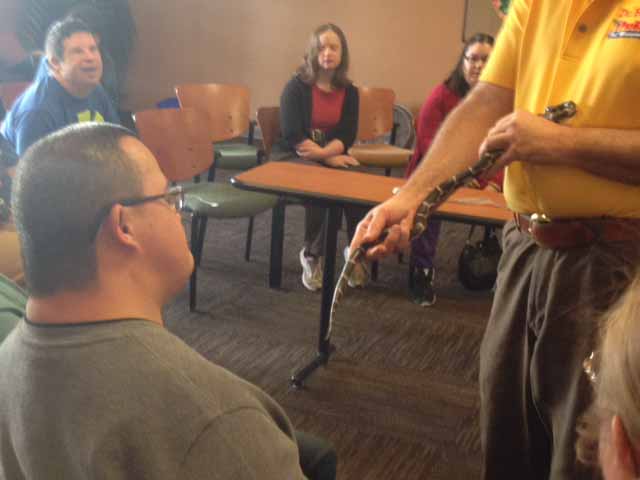 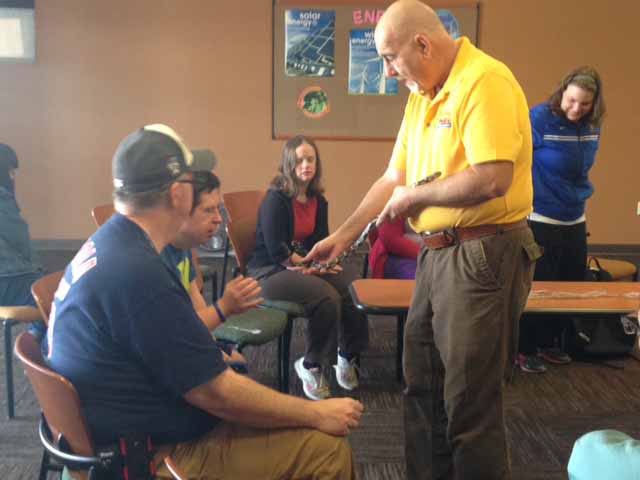 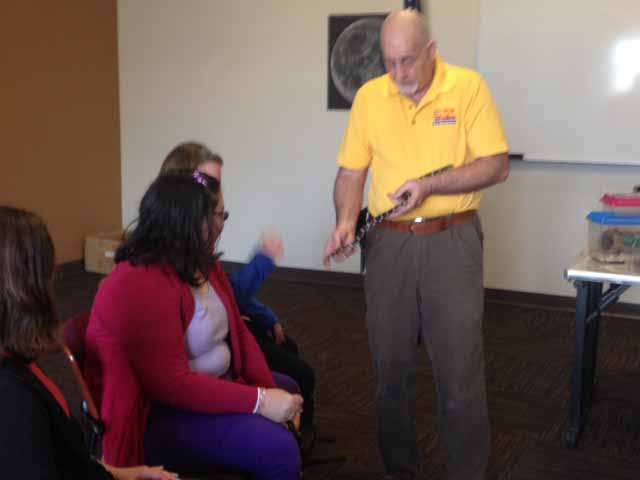 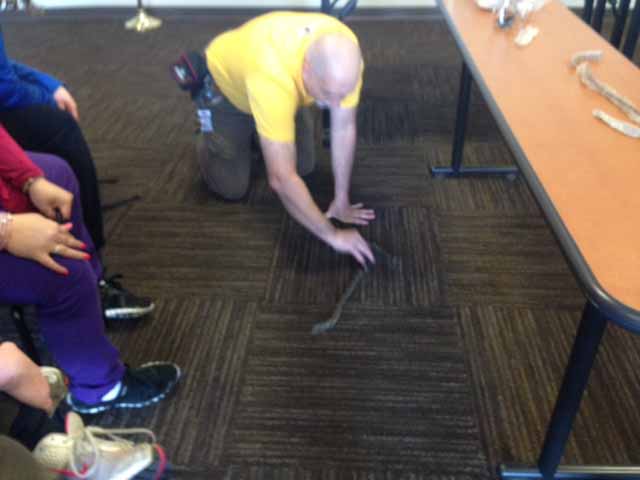 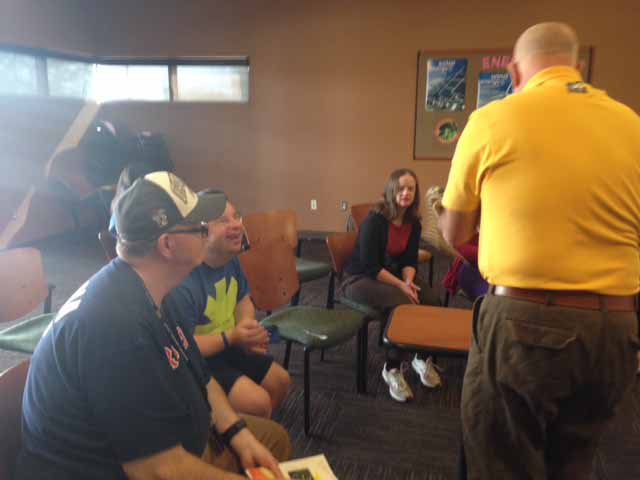 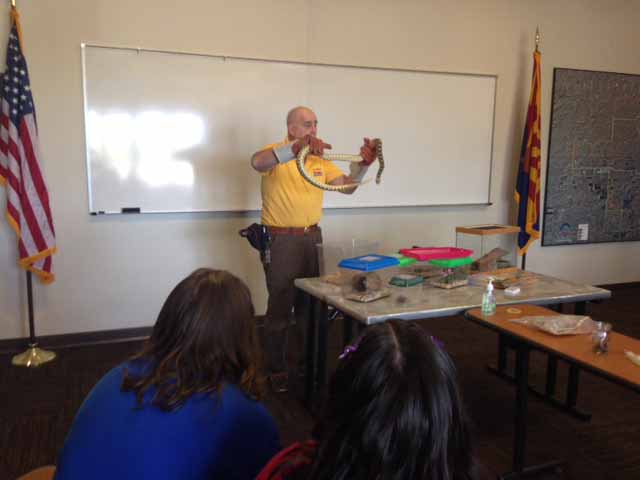 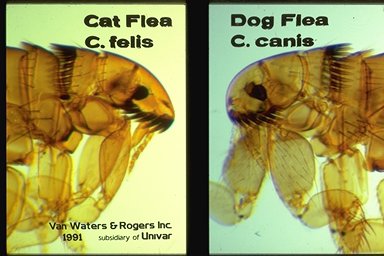 Bugs fear him and homeowner’s (OK maybe like him)

I saw these huge fly swatters the other day at a store and couldn’t help buying one, if your problem requires the use of something this BIG then you need to amke one call. That call would be to ProBest Pest Management 480-831-9328 or 623-414-0176.

There are some things you can do on your own, but take caution on termites, bed bugs and Africanized Honeybees.

It’s not always about the Scorpions, how about visiting Arizona? Saguaro National Park 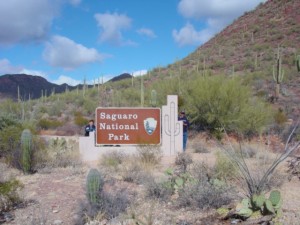 On every trip to Tucson I love to take this tour, I meander through the Saguaro National Park and culminate the visit with a stop at the Desert Museum. Unlike any museum – it really is a zoo, it is a walk around experience. Tucson, Arizona is home to North America’s largest cacti. The giant saguaro is the universal symbol of the American west. These majestic plants, found only in a small portion of the United States, are protected by Saguaro National Park, to the east and west of the modern city of Tucson. Here you have a chance to see these enormous cacti, silhouetted by the beauty of a magnificent desert sunset.

This was the first place I ever witnessed a tarantula just walking around, he was out prowling for a female and was headed toward the gift shop. No he wasn’t interested in a souvenir, at least I don’t think so. They have exhibits of carpenter bees or solitary bees and several exhibits of insects inside. 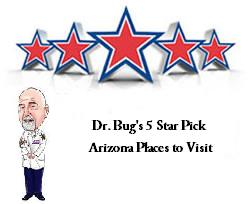