All posts in “wildlife control”

Another weird little animal from Texas

Comments Off on Another weird little animal from Texas

The northern grasshopper mouse (Onychomys leucogaster) is rather squat and blocky, has a white tummy and a white tip to its short tail. They’re not fast runners but are very agile – able to twist and turn to subdue prey in their longer-and-stronger-than-average jaws.

Isn’t it great to hear and read about cool stuff like this, thank goodness they aren’t real big. But anyway that’s why I’m here, to pass along stories like these.

Often times we as humans don’t easily recognize how we influence conditions around our homes and businesses. We feed the wildlife and they in fact may suffer from our lack of knowledge or in thinking that we know better than everyone else.  Quick story – chipmunks or squirrels at a famous attraction, someone feeds the squirrels get bitten and now it’s the squirrels fault. they had to take away the wildlife because someone was feeding thew wildlife. Same story as Yellowstone National Park, a parent holds a child up over the head of a wild bison. You never know when that bison will decide he doesn’t like you and who suffers then – the child.

Feral Cats and the threat to wildlife… 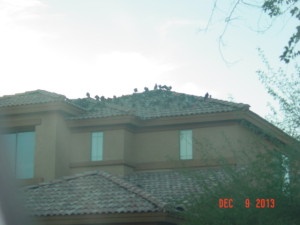 Javelina is about as close as we get to Groundhogs. Groundhog Day owes its true origins to the ancient Greeks, who believed that an animal’s shadow was its soul, blackened by the past year’s sins. While the animal hibernates, its soul is cleansed by nature, and if it wakes up before winter is over, it will see the dirty shadow and be horrified and then return to its den for more purification.

Groundhog Day in 2012 is on Thursday, February 2

“Many shadows do I see: six more weeks of winter it must be.” 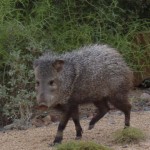 Not a Groundhog above but a sort of pig and as you can tell he saw his shadow as well.

Favorite places includes Zoos. Recent event have brought more of a focus on bats, as the Honeybees has had some disease problems this last year. The bats also developed White Nose conditions and also had a bad year, so this bat exhibit comes at a great time for the bats. It really is amazing that these bats really help man by eating lots of insects and pollinating plants and trees. To find out what you can do to help save the bat, please visit http://www.yearofthebat.org

Also visit a zoo this year – visit Association of Zoo and Aquariums http://www.aza.org and http://wildexplorer.org to get info on animals!

(No animals were harmed in writing this home seal and we encourage the proper methods for capturing and relocating animals located in unwanted places). 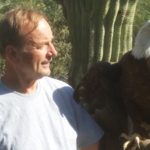 Found wildlife? We don’t do feral dogs and cats.  We are not set up as a animal/wildlife rescue service and all of our funding comes from customers like you. Sometime a wild animal gets trapped in an attic or dies within a wall. ProBest can employ the Restorator to get rid of those smells.

Heavy-duty electrical unit quickly eliminates odors. Compact Restorator is an ideal unit for deodorizing without the hazards of thermal fogging or ozone treatment. Unlike ozone and fogging treatments, the Restorator uses non-toxic essential oils and neutralizing compounds and can even be used in occupied structures. The Restorator is perfect for homes, vehicles, hotels, janitorial and businesses up to 20,000 cubic feet. Replaceable cartridges provide up to 270 hours of service. Durable steel case with convenient carrying handle, refill cartridges (sold separately). Call 480-831-9328 or 623-414-0176 for pricing 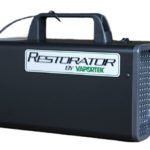